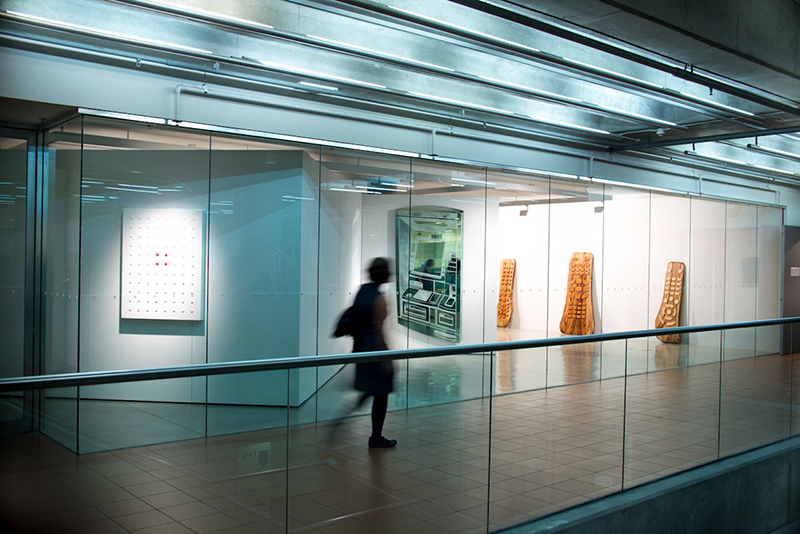 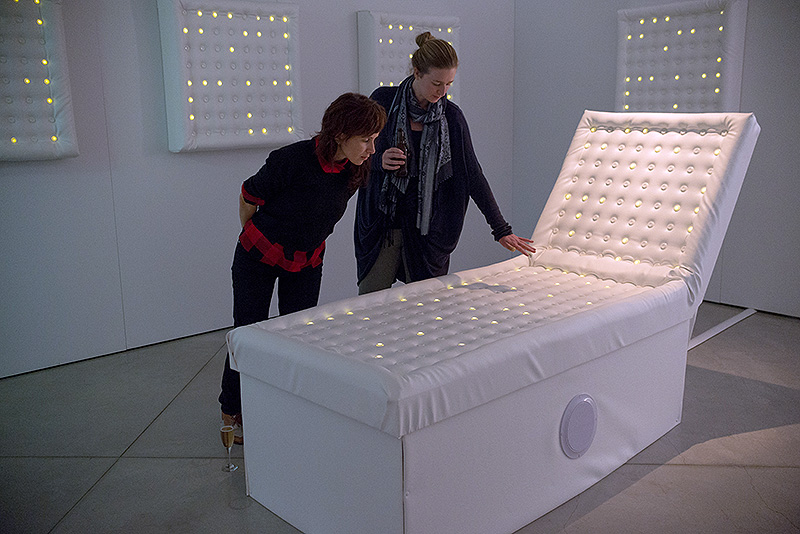 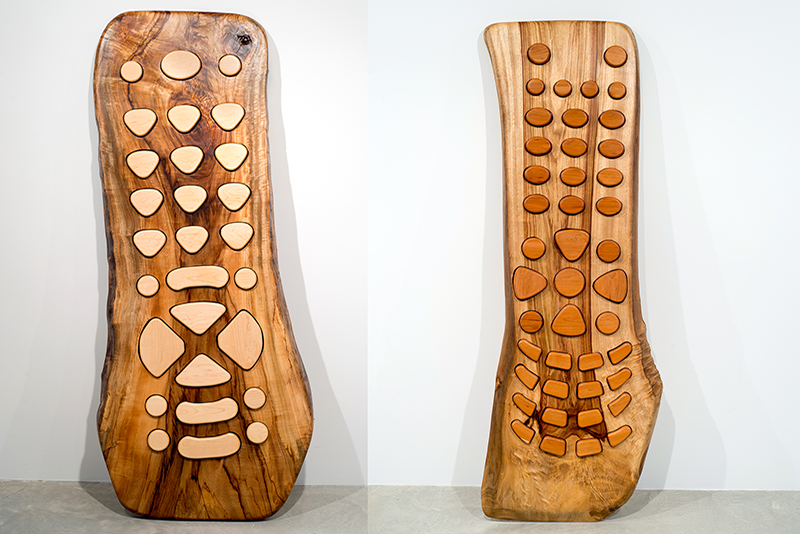 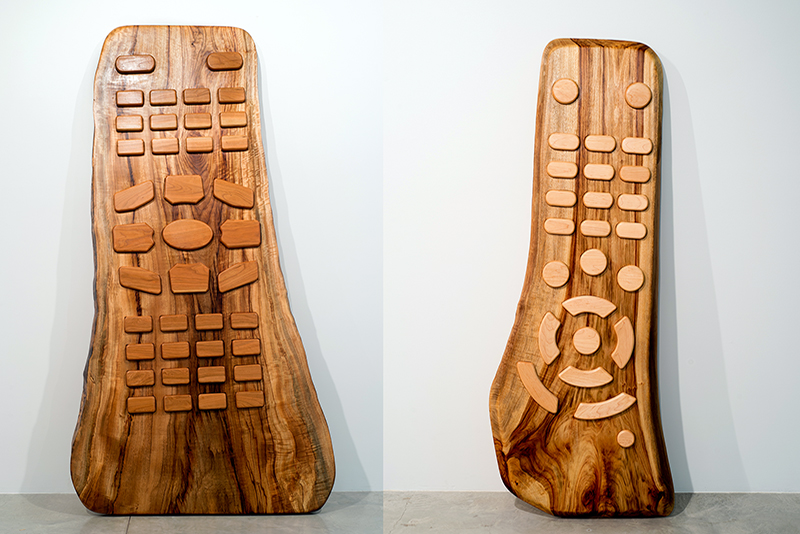 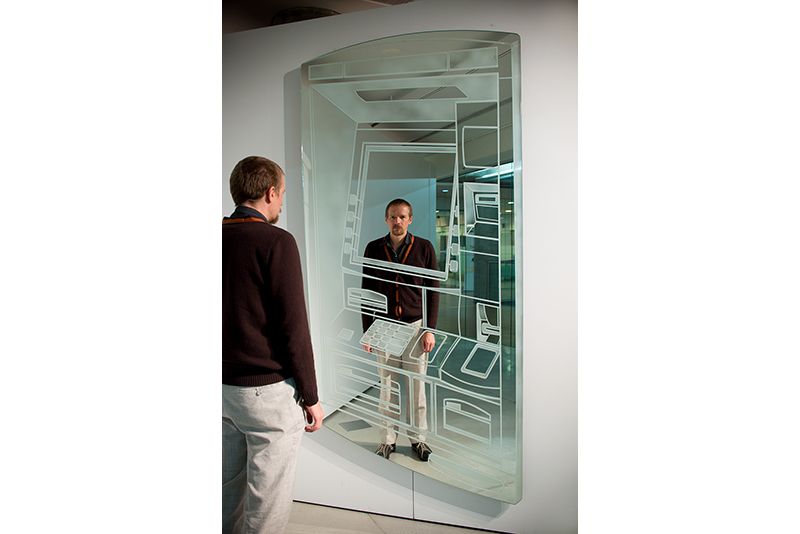 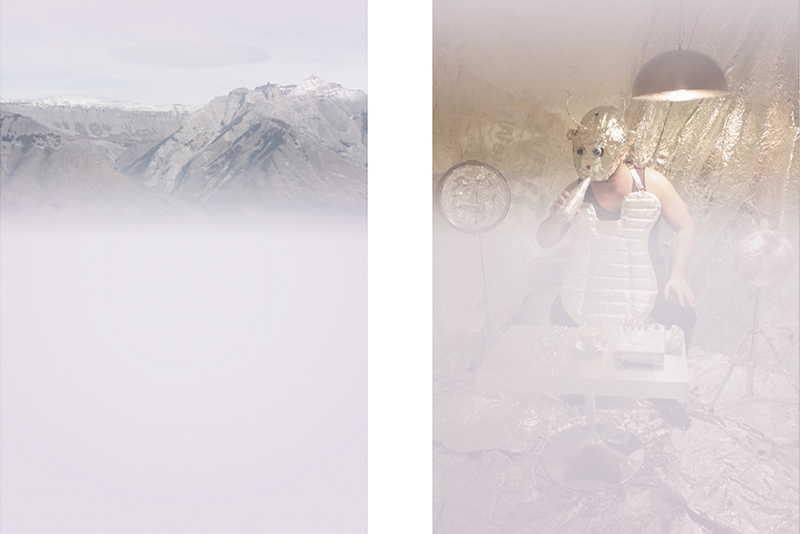 One Room, One Button: Composition for Padded Room, 2012.

As Marlow tells it in the beginning of Joseph Conrad’s Heart of Darkness, “when I was a young chap I had a passion for maps. I would look for hours at South America, or Africa, or Australia, and lose myself in all the glories of exploration. At that time there were many blank spaces on the earth, and when I saw one that looked particularly inviting on a map (but they all looked like that) I would put my finger on it and say, ‘When I grow up I will go there.’”

In Conrad’s tragic account of progress, the white spaces, the places suffused by light, are not those of the civilized world, but belong to the uninked, unmarked blanks of the globe. In those blanks, culture raw and strange, exists outside of the iron cage of a totalising bureaucratic order, an order that we experience as familiar and thoroughly cooked. For Conrad, colonization is a kind of horror, if horror is understood as a kind of forced education, a rape of the mind in which innocence is replaced by experience, and naivety by a knowledge of a world that no one could wish for. What is particularly acute in his writing is that this horror, this loss of innocence and disenchantment, is one that is experienced by the colonizer and the colonized alike. And civilization, for its part, is the embodiment of darkness:

“…by this time it was not a blank space any more. It had got filled since my boyhood with rivers and lakes and names. It had ceased to be a blank space of delightful mystery — a white patch for a boy to dream gloriously over. It had become a place of darkness.”

By the twentieth century, the world had been fully explored. In Conrad’s terms, that meant that it became completely dark. Permanent night had fallen over the surface of the earth. Now, in the twenty-first, knowledge has penetrated this surface, and through fibre optic cables and instant telecommunications darkness has begun to irradiate the volume of the world. Even the familiar obscurity of our private lives have been radiantly alienated from us through the tools of psychopharmaceuticals and incessant social networking. Wade Marynowsky moves through this world, this utterly obscure and obscene world, like a bemused anthropologist, ill-equipped by his training to deal with what he finds. Universal Remote is a kind of field report from his journey into our current heart of darkness.

A conventional universal remote is a device that can be programmed to control, at a distance, a number of different brands of TV. The more universal the remote, the more brands and appliances it can master, until ultimately it can control every appliance. The more remote the remote, the further the distance it can operate over. Taken to its logical conclusion, the ultimate universal remote can control from a distance the whole world. And in perfect suburbia, as everyone knows, the world is encompassed by the walls of a free-standing house. This is the structure that Wade Marynowsky has chosen as the basis for his in situ ethnographic research. Like the future archaeologist excavating a long buried highway motel in David Macaulay’s Motel of the Mysteries, Marynowsky has unearthed the key elements of the contemporary domestic space and reconstructed them in a life size diorama that you can enter, in order to contemplate the strangeness of your times.

In the kingdom of the Luba, which lies deep in the Congo, there is a particular kind of wooden board that is carefully and systematically carved to resemble, in some respects, the shell of a tortoise. These boards are called Lukasa, and were traditionally used by the council of scholars as mnemonic devices. That is, the shapes carved into their surface, the perturbations and reliefs, were a physical record of the memory of the community, containing information concerning court ceremony, genealogy, and maps of ‘spirit capitals’, the abandoned palaces of dead kings. They are, in their own right, maps of a four dimensional world. The Lukasa, often brightly ornamented with beads and shells, are fetishized by wealthy Western collectors for their aesthetic value. This barbaric ignorance has often done great damage to the collective memory of the Luba, for the Lukasa are not designed for aesthetic contemplation at all, but are rather tools, like pocket calculators, and shorn from their context, the memories associated with them quickly wither, leaving the device as dead and as useless as a photocopier at the bottom of the ocean.

As if in revenge upon the Luba’s behalf, Marynowsky performs the same reificatory operation upon the universal remote. Rather than leaving it to its function, he amplifies it, carves it in wood, and presents it as a kind of totem pole to be contemplated as a mystery of art, rather than a magic wand of couch potato hubris. But then, what is the function of a universal remote? If function is understood in terms of cause and effect, then the universal remote is really chiefly designed to stimulate the growth of adipose tissue, to pacify its owners, and to render them sedentary and diseased. As such, it is only fitting to see it rendered in the scale of a tombstone.

And what of Marynowsky’s other ethnographic exhibits in the contemporary home? What of his mirrored ATM, his padded walls, his endlessly restless harmonic oscillator? What kind of society would produce such things as artifacts? Some of them seem to have no function at all, but resemble broken ritual devices, or rather ritual devices for a broken culture. It may be that such a culture is not as alien to our own as we would like to think, but rather, these are relics of our own frustrated culture, amplified and played back to us.