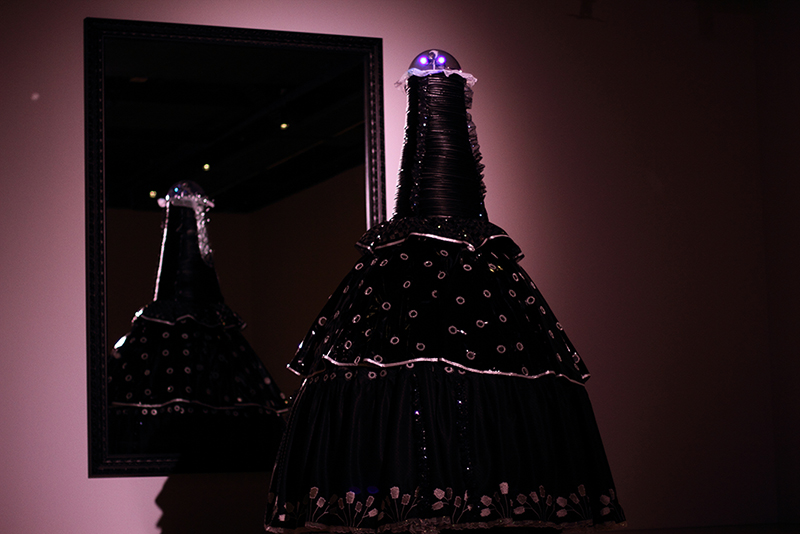 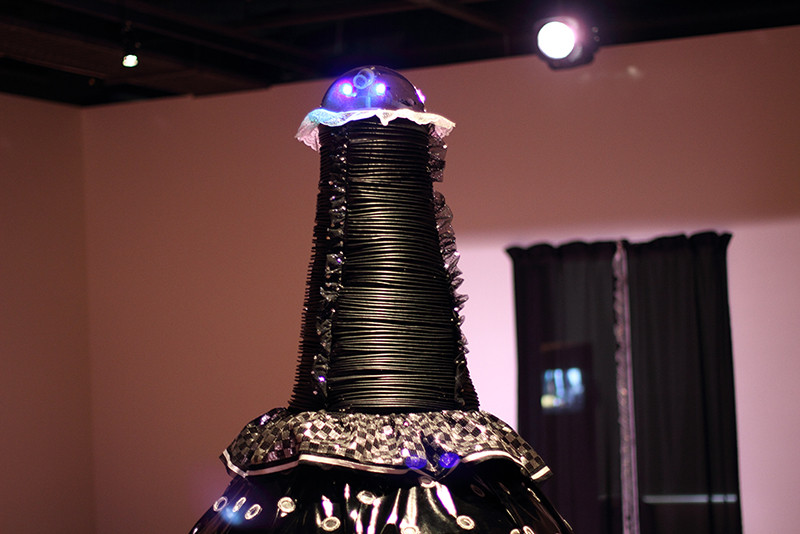 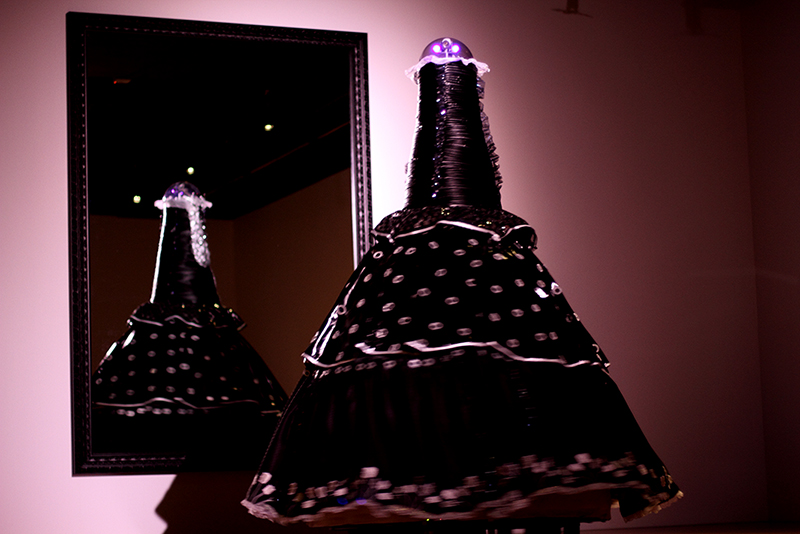 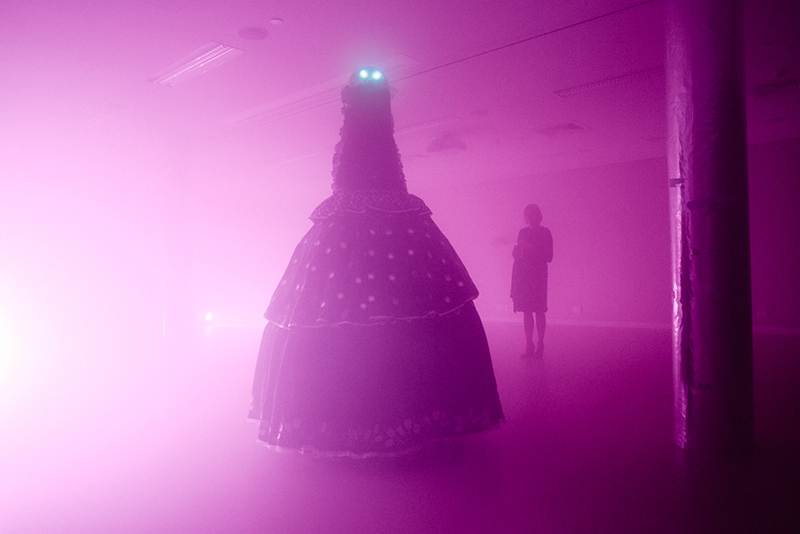 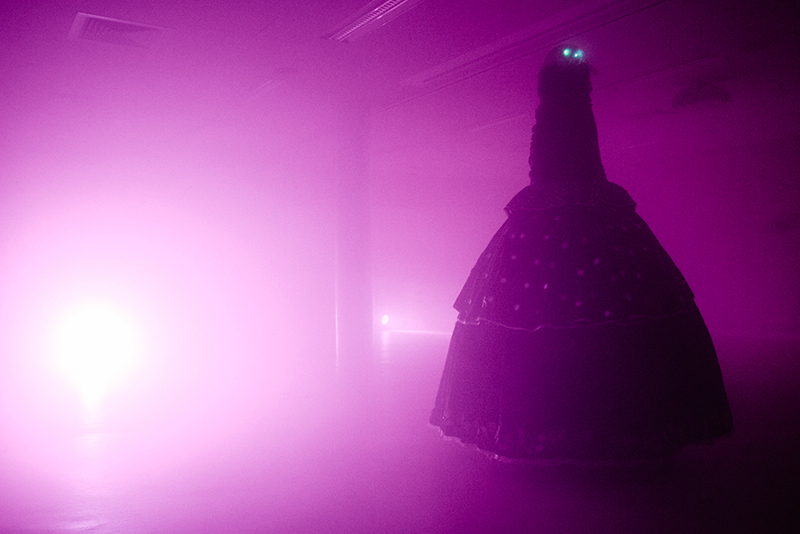 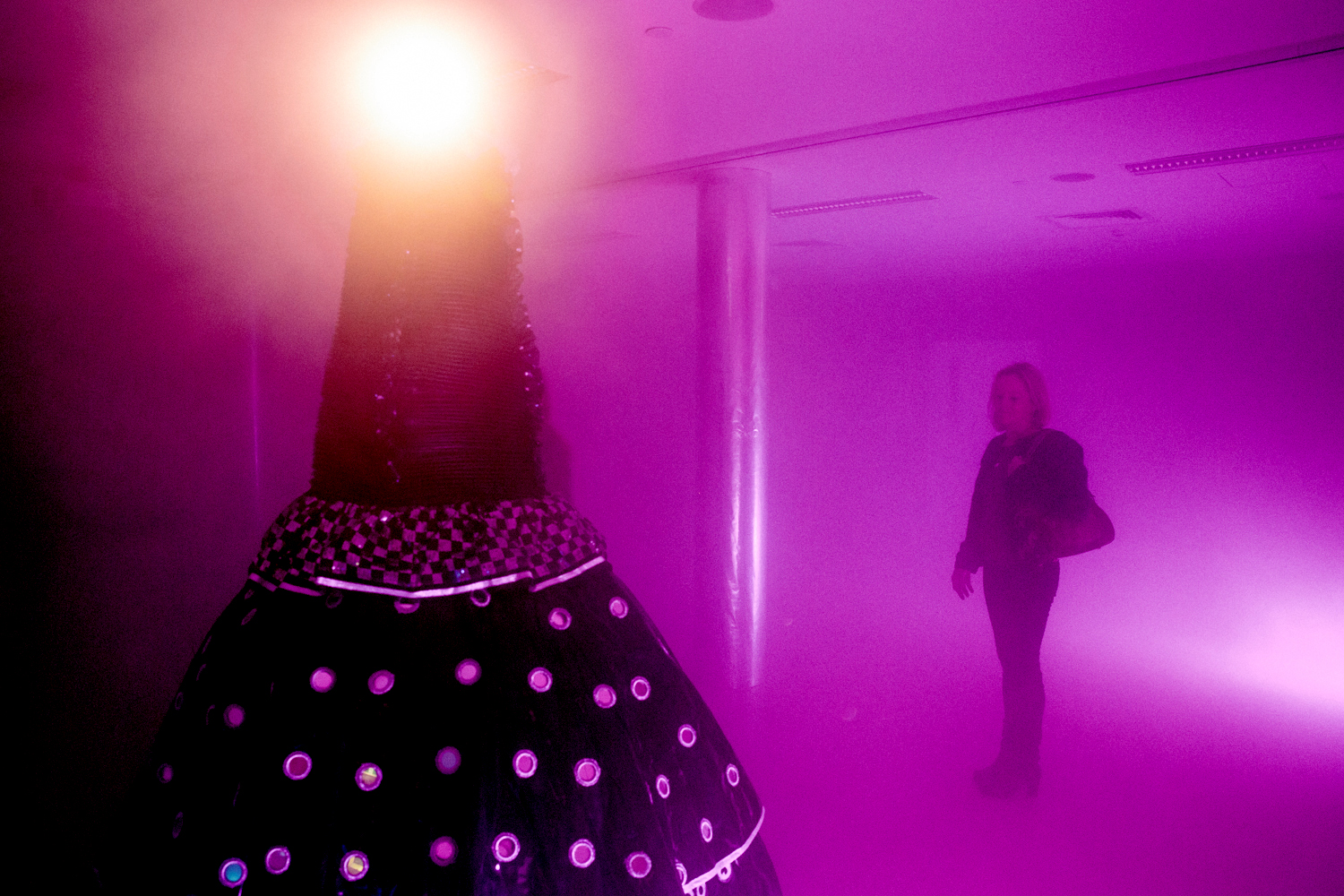 Marynowsky works in a number of forms including performance, music, video and robotic, immersive or interactive installation. His bourgeois robot is dressed in a costume designed by Sally Jackson to recall women’s fashions of the eighteenth or nineteenth centuries, a period when clockwork automata were highly popular. These self-operating machines were created in the form of animals or, more often, human figures.

Psychoanalyst Sigmund Freud took ETA Hoffmann’s famous story ‘The sandman’ 1816 about an automaton called Olympia to illustrate his essay on the uncanny. The uncanny — or unheimlich — is an instance where the familiar is rendered strange, such as the diners in Buñuel’s film that turn out to be dreams. Automata or robots built to resemble humans create this effect when awkward movements or a lack of physical warmth belie their human appearance. In turn, roboticist Masahiro Mori has described this gulf between convincing appearance and lifeless touch as the ‘uncanny valley’, a concept that has propelled Marynowsky’s work with robotics.

Marynowsky explores this troubling nature of robots with humour. He is conscious of the human-like performance of robots being a form of drag, mimicking human characteristics without ever achieving humanity. Drag is simultaneously comic and threatening, and Marynowsky describes The Discreet Charm of the Bourgeois Robot 2 as the ‘decadent disco diva of doom'"