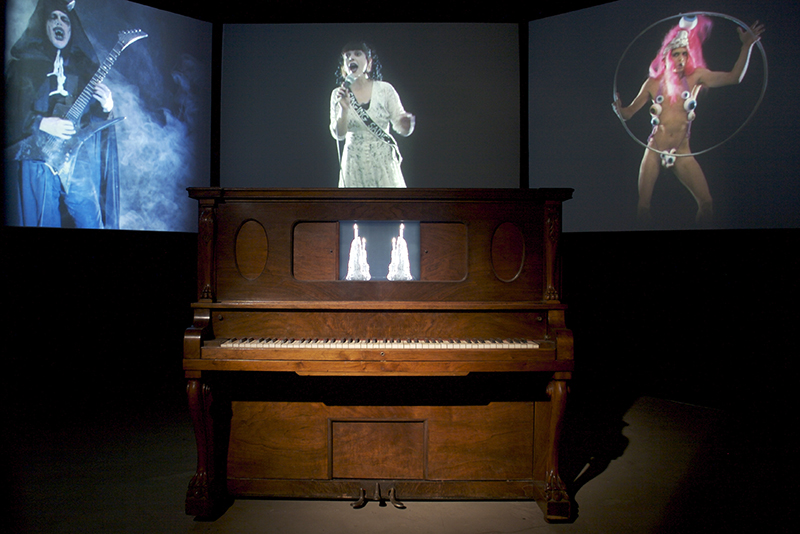 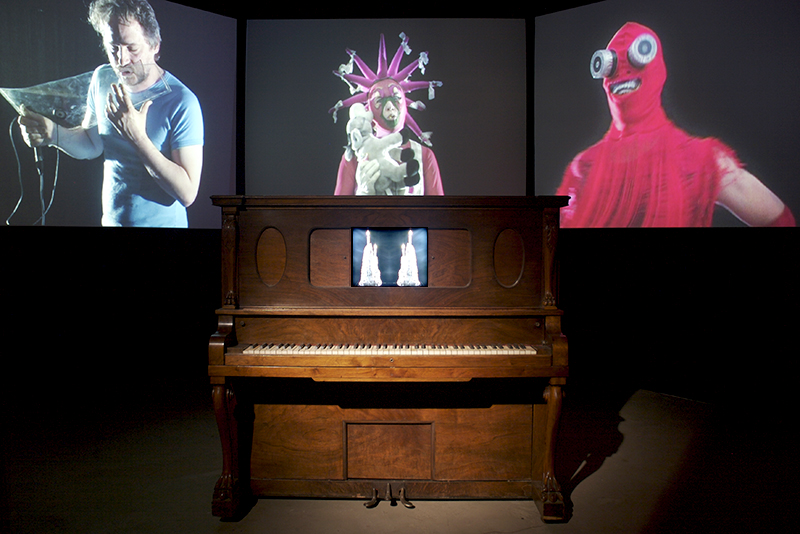 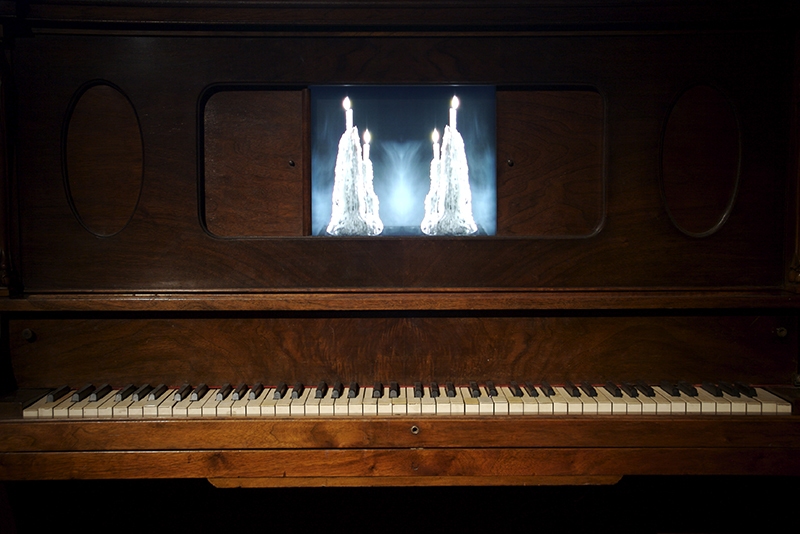 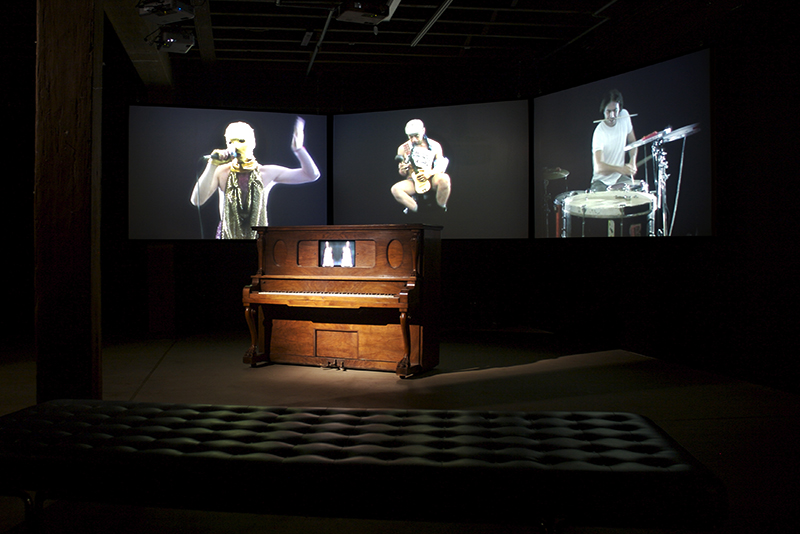 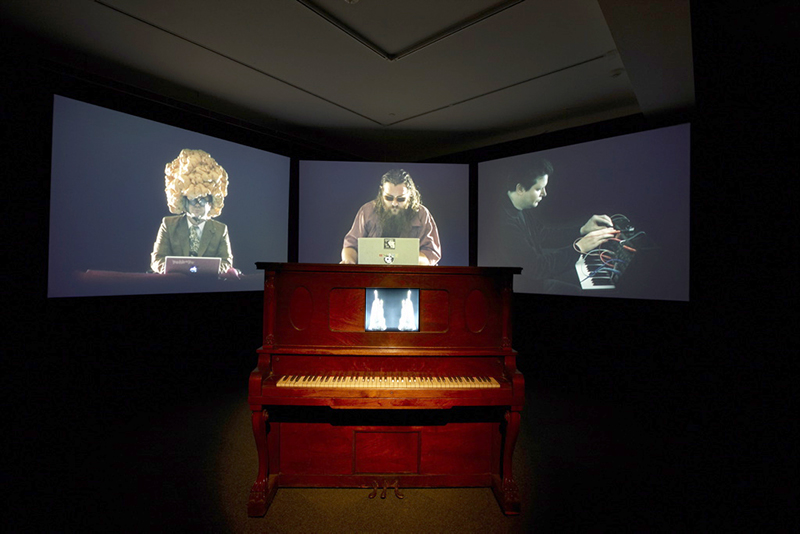 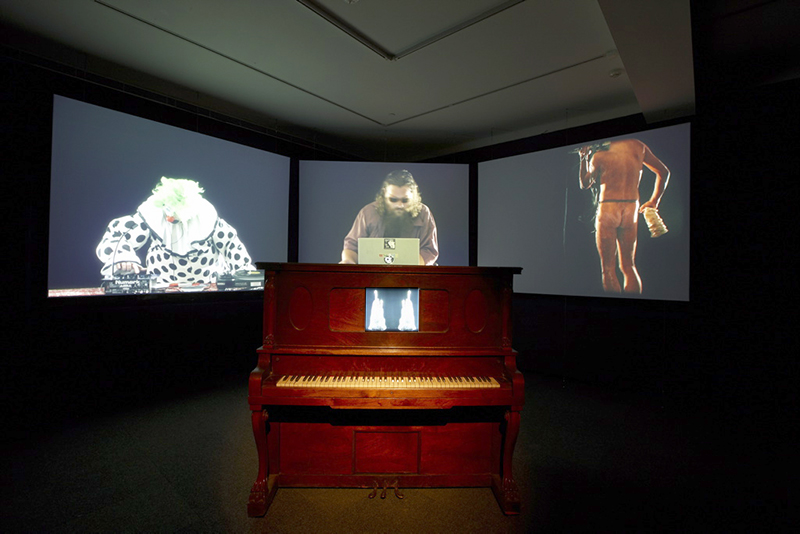 Critical analysis of the uncanny has provided a wealth of theoretical literature from a broad range of contemporary researchers, artists, scientists and psychoanalysts alike. From the compulsive beauty of the surrealist exquisite corpse (Foster, 1995) to a robotic design hypothesis (Mori, 1970), the eighteenth century notion of the uncanny arising through the direct invention of the automaton, (Castle, 1995) provides a rich conceptual framework for research. Autonomous improvisation v1, is the first in a series of new work by Marynowsky. The series explores the following questions: Can an autonomous sound installation be uncanny? If so, what design considerations are needed to provoke feelings of uncanniness? Can this factor be used to evaluate an installations ability to produce an emotive response, and if so what is the nature of that response?

Autonomous improvisation v1, is a video anthology of some of Sydney’s most infamous solo musicians and performers. The work analyses a range of performance approaches from burlesque to sound art by recording artists in the same studio configuration. The performances happening only for the camera are then reconfigured in the gallery. A prepared pianola is linked to a network of computers and is programmed to orchestrate the video sequences, creating an ever-changing composition. This is presented via three-channels of audio–visual projection. Through non-determinist re-composition, the work questions if it is possible for improvisation to be programmed, or if this is simply a paradoxical endeavor. More significantly, Autonomous Improvisation asks us to consider what is imposed on human autonomy in an increasingly computer-controlled society.