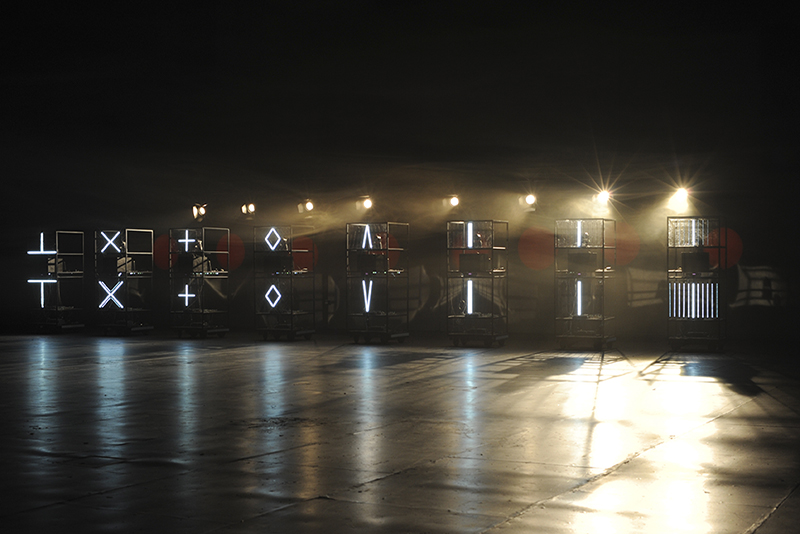 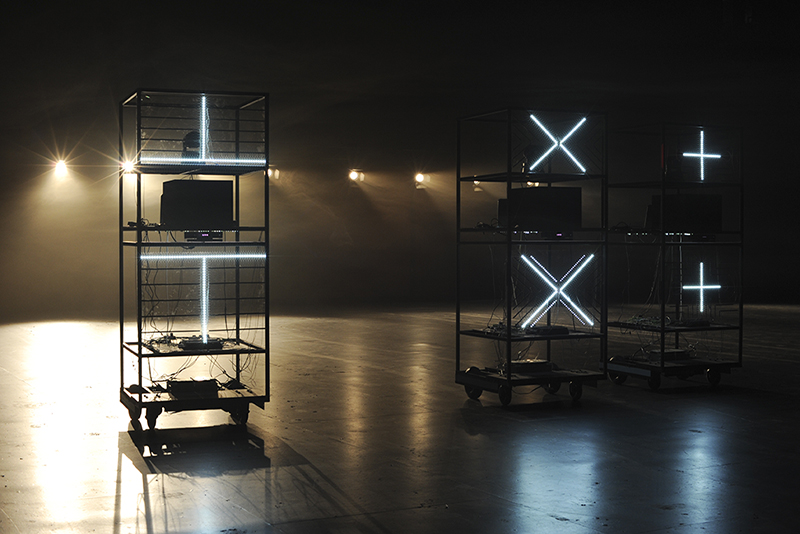 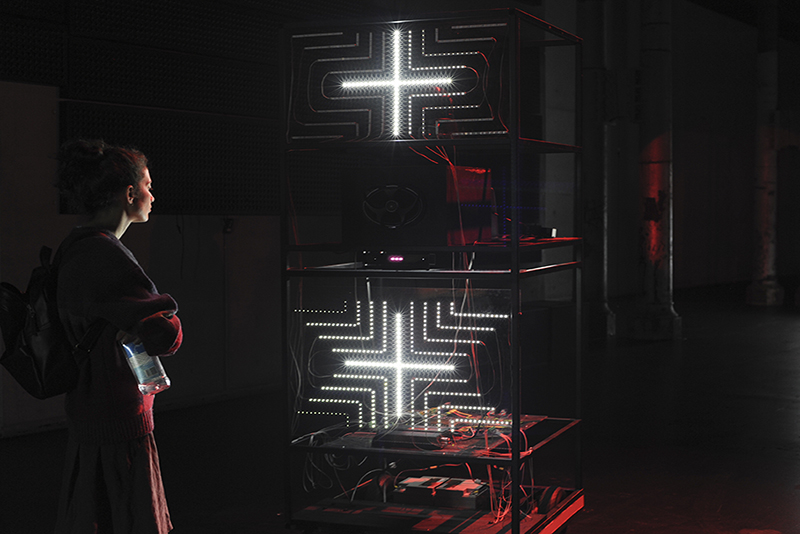 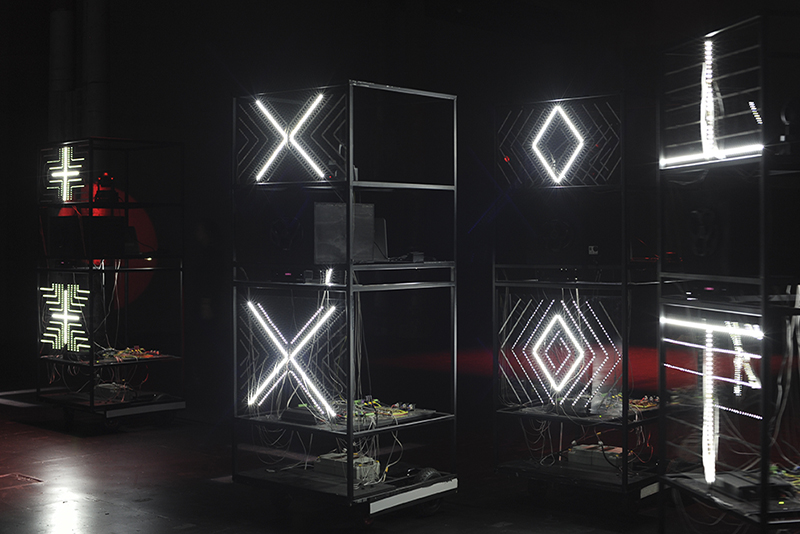 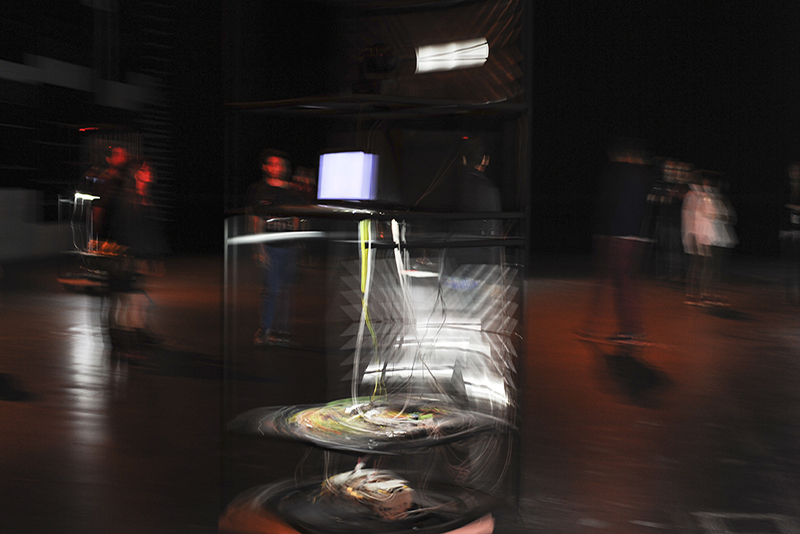 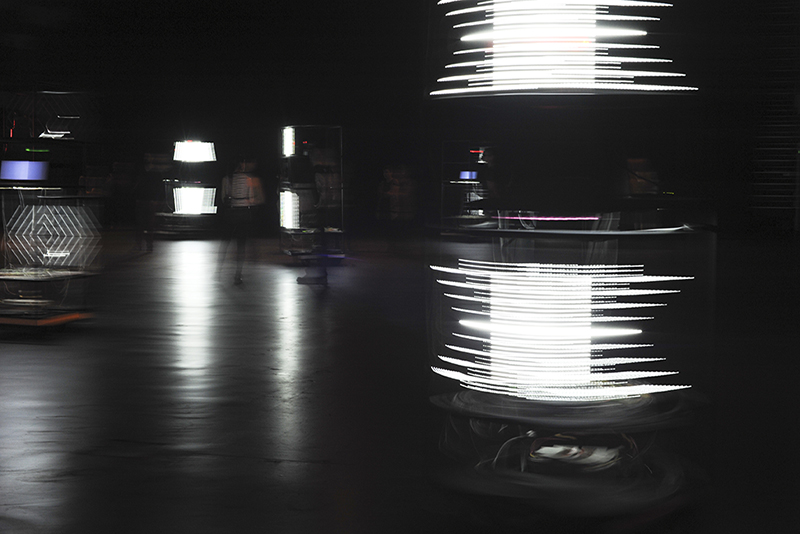 The project fast forwards the Wagnerian concept of (Gesamtkunstwerk) 'The Total Art Work' (1895) into the present, through combinations of movement, sound, light and interaction. Whilst futuristic, Robot Opera draws on a multitude of historic reference points, visually the work embraces minimalist sculpture and the machine aesthetic. Julian Knowles' musical score interrogates the notion of opera with reference to the history of science fiction film soundtrack, the sonic language of robots in popular culture and the aesthetics of digital sound. Whilst in the context of performance art we acknowledge the tradition of breaking the fourth wall: Alan Kaprow; La Fura Del Baus etc. Importantly, the work also draws on the traditions of electronic music, sound art, media art and performance art cultures experienced personally from the 1990's.

With an added touch of the spiritual purity of Malevich's Suprematism, the work asks us to question the theory of Singularity (Neuman, Kurzweil, 2005), that machines will someday be more intelligent than humans and reach enlightenment (Mori, 1989). For Robert Geraci, "The Western goal of building a functional humanoid also received, no doubt, some of its impetus from religion" (Geraci, 2010). From homunculi to singularity theories the creation of robots and artificial intelligence may be considered an act of the divine, but at the same time, a mortal sin from a theological perspective. Recently, the likes of Stephen Hawking and Bill Gates have warned us that artificial intelligence is a threat to society. Significantly, Robot Opera seeks to rethink what opera and performance is, or can be. By placing non-anthropomorphic robots in place of human performers we question, at what stage or within which contexts can a robot be perceived to 'perform' convincing agency?

The project was produced with support from the Australia Council of the Arts and Macquarie University and co-presented by Performance Space and Carriageworks. We would like to thank Performance Space for their support through residency and development.