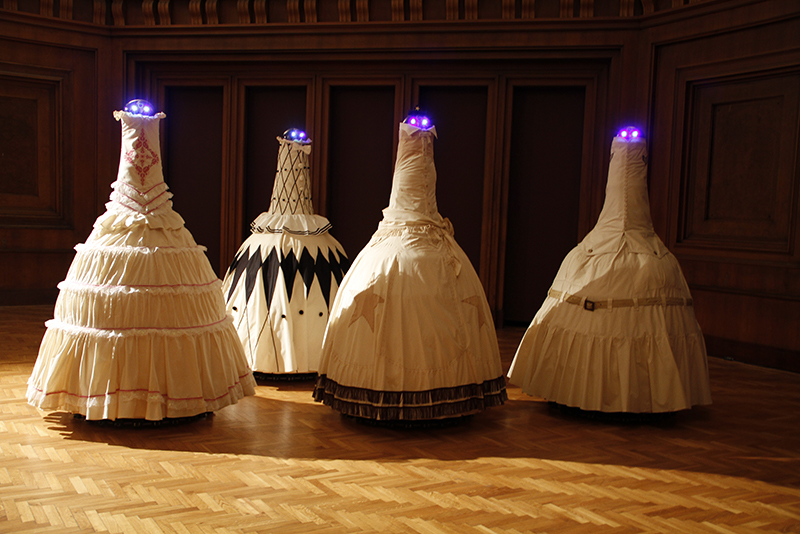 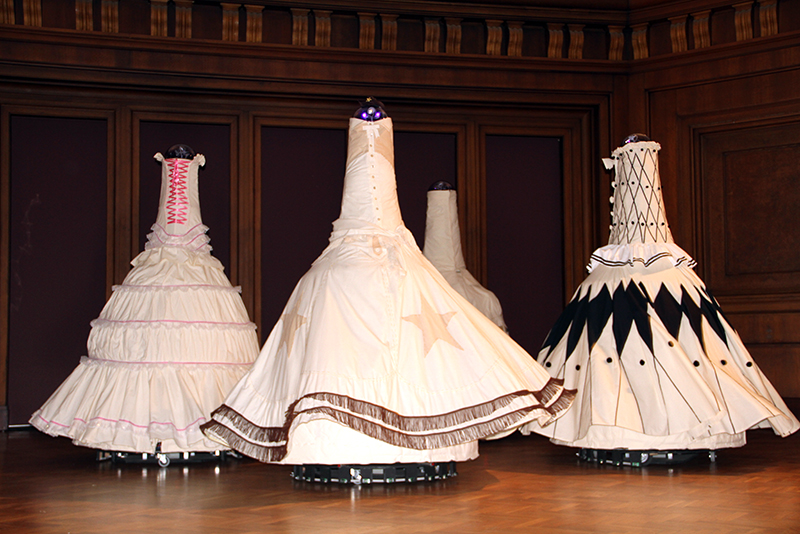 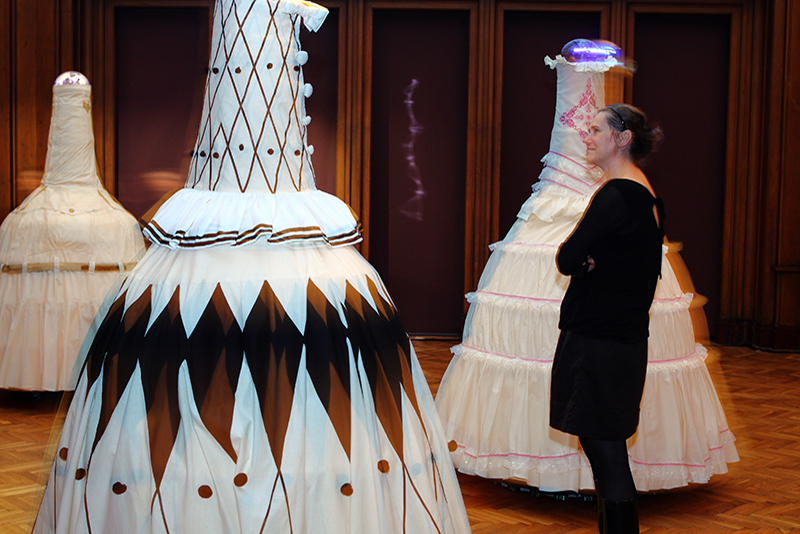 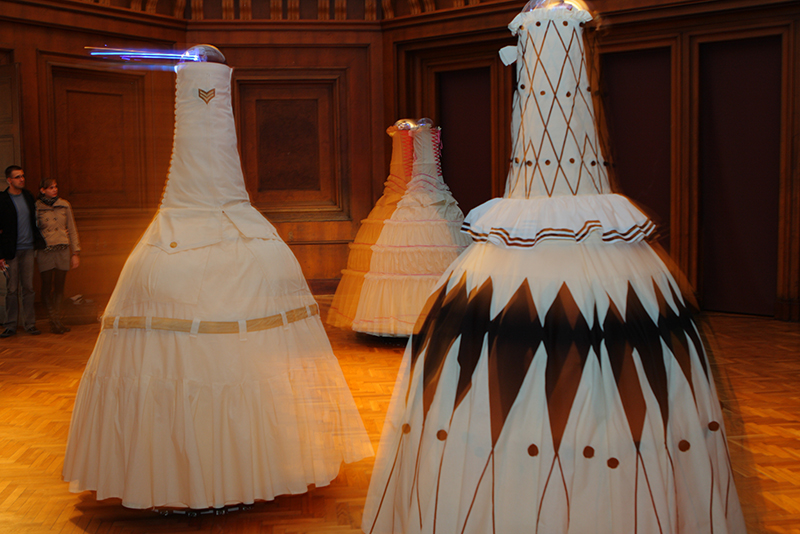 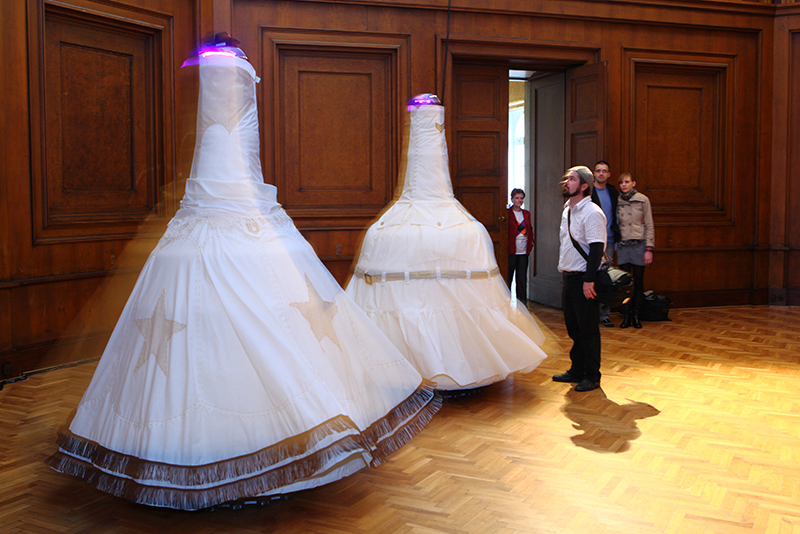 The Hosts: A Masquerade Of Improvising Automatons, 2009, Performance Space, Sydney.

As the title suggests, the work is a masquerade ball for robots. Partly inspired by E.T.A Hoffman’s The Sandman (1817). In which a young man falls in love with a feminine automaton, Olympia, who dances with him at a ball. The Sandman is a key-feature in Sigmund Freud’s essay The Uncanny (1919). Since Freud’s association between the uncanny and the automaton, the uncanny has continued to be a key term in robotics. Namely Professor Mori’s Uncanny Valley (1970). The hypothesis warned artists not to design robots too human-like, otherwise the robot would repel the human viewer and thus fall into the Uncanny Valley, a state of fear and disbelief.

In this work Marynowsky seeks to test if an unnerving effect could still be reached if the robots are designed as abstracted human-like forms. Automated lighting, including moments of darkness and an eerie soundscape enhances the slightly menacing atmosphere. The robotic theatre experience creates "a space where (free of superstition and paranoia) we do not see the reanimated corpses of ourselves but rather other autonomous beings, improvising", Bec Dean.

The project was produced with support from the Australia Council of the Arts and Performance Space.