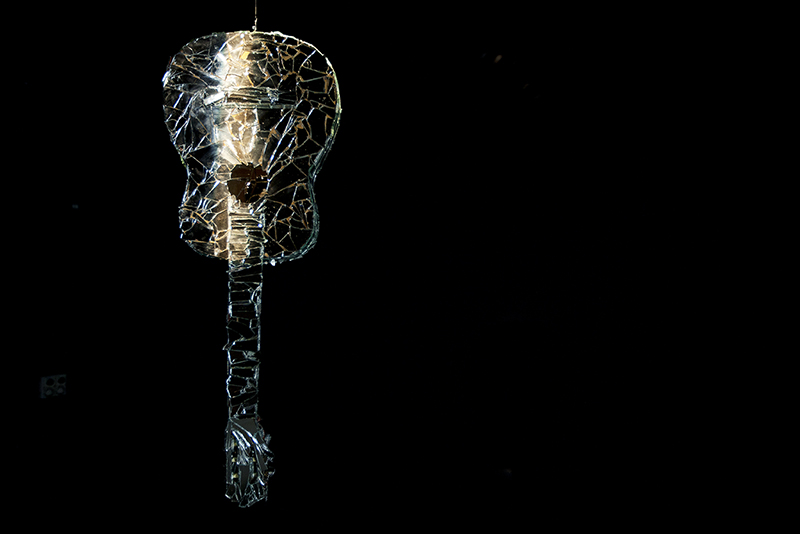 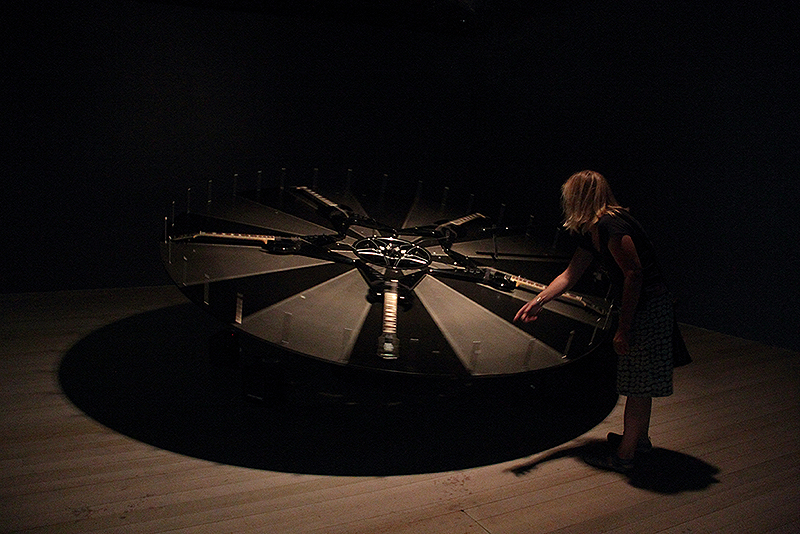 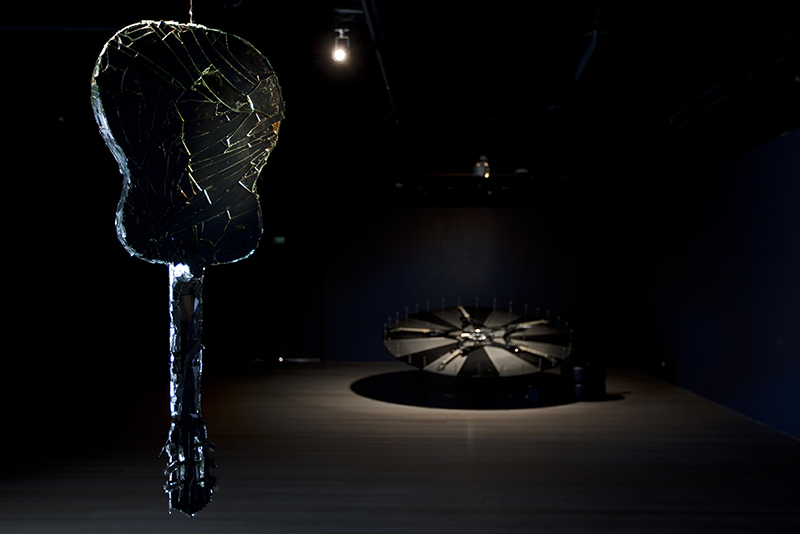 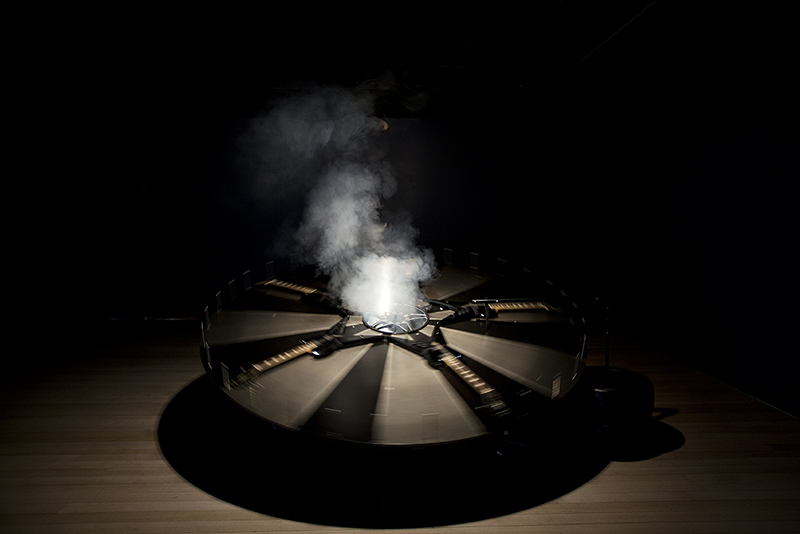 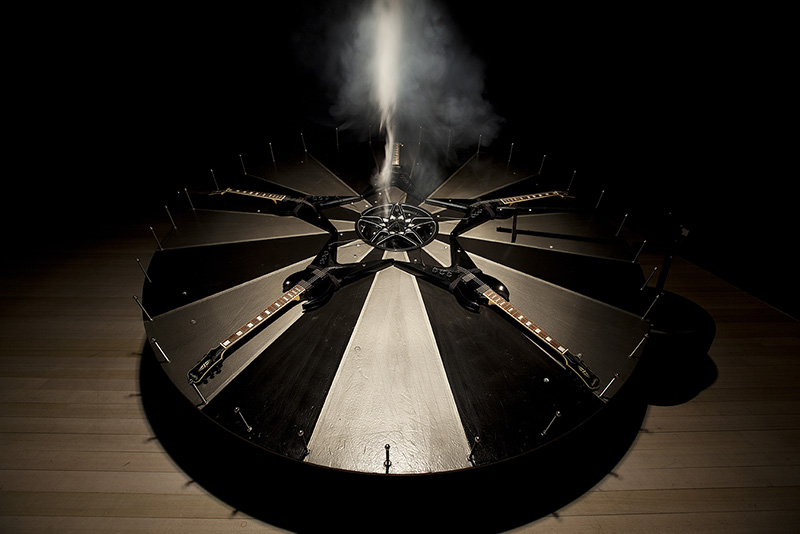 Black Casino involves five flying V guitars mounted atop a rotating spin wheel as used in popular game shows such as 'The Wheel of Fortune'. The guitars form a five-pointed star - a pentagram, which conjures certain magical associations and is used today as a symbol of faith by many Wiccans and Neo-pagans. This pentagram, however, depicts Diabolus in musica: the ‘tri-tone’ musical interval that has been used since the sixtenth century as the signature of the Devil - an association exploited by many heavy metal bands.

The work investigates the appropriation of imagery from black metal music, car cultures, and game shows and is re-contextualised within a high art gallery context in the form of an interactive art work. In so doing it serves to deconstruct and critique notions of transgressive masculine power by turning the power chord into a meditative drone.

This project was presented in partnership between MONA and Contemporary Art Tasmania as part of MONA FOMA 2013 and was assisted by the Australian Government through the Australia Council, its arts funding and advisory body.